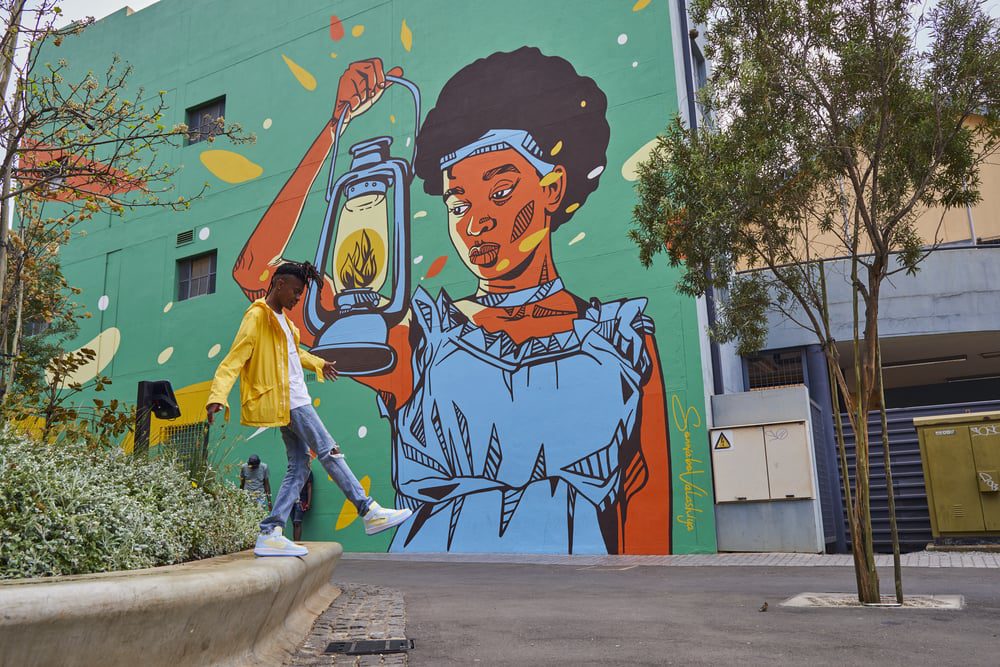 Johannesburg is a hub of creativity, a true home of urban artists. You can find some beautiful walls in Soweto, Newtown and Maboneng. If you love graffiti, you wonâ€™t want to miss out on the street art in Johannesburg.

With work from phenomenal local and international artists like ROA, Falko and Karabo Poppy Moletsane, Joburg is a hub of creativity. If you ever doubted whether graffiti is art, these murals will prove that it most certainly is.

At UrbanArt, we are obsessed with street art, graffiti, and any kind of artistic expression. As a proudly South African brand, we love to celebrate local artists. Whether youâ€™re heading to Jozi on work, vacation, or live in the city, you have to check out these incredible walls. Some are even by internationally famous graffiti artists. 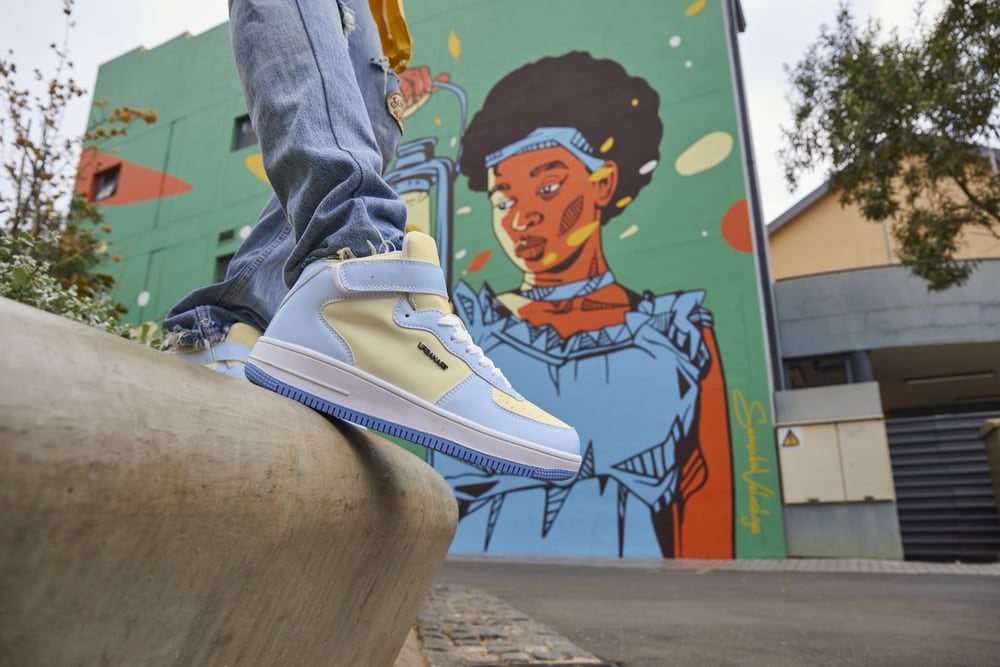 Simply wandering around Jozi streets looking for graffiti art would take you forever. Luckily there are specific places in the City of Gold where you can view a variety of artistic murals without too much walking.

To get the most out of Johanneburgâ€™s street art scene, itâ€™s best to explore with a tour guide. Not only will you be able to see the best spots, but you can learn about them from someone familiar with the work. Itâ€™s also a safer way to explore.

Here are just a few of our favourite graffiti pieces in the heart of Jozi: 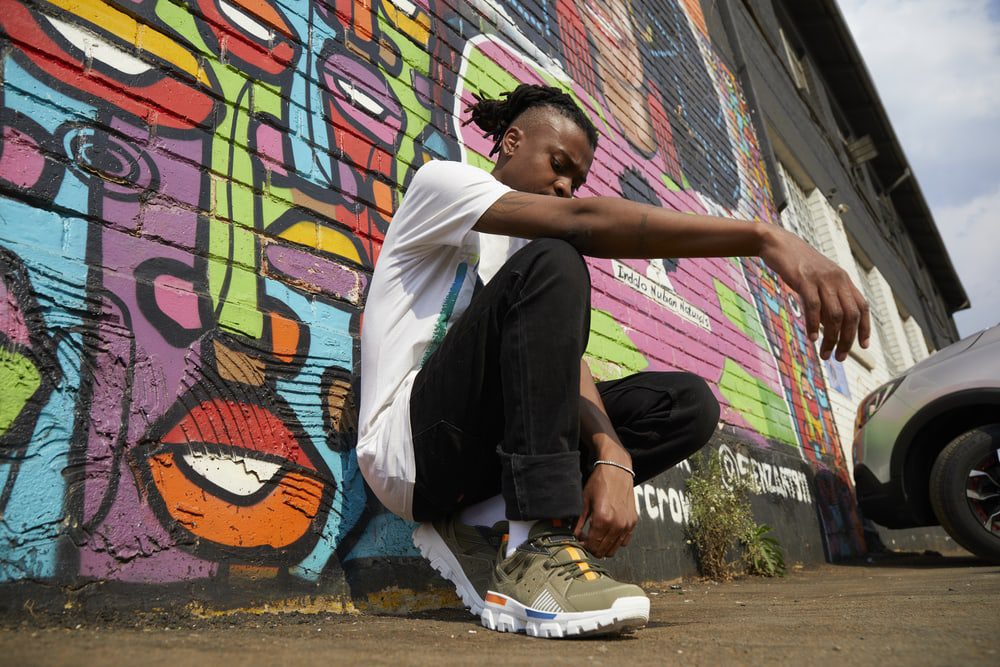 Newtown is one of the best places to get your graffiti fix in Johannesburg. You can find some stunning murals and some of the best graffiti in South Africa. Walking through Newtown youâ€™ll find phenomenal street art without even looking for it, but you can also use the Newtown Graffiti Map. This part of Jozi is full of life and creativity, making it a must-visit. You can even take a tour with local street artist, Bias.

A few of our favourite urban art pieces in Newtown are:

Take a stroll through Braamfontein, and youâ€™ll find some stunning works of art scattered amongst the buildings. Adding some much-needed colour to the city, the sheer variety of graffiti will leave you speechless.

Keep a lookout for these phenomenal street graffiti pieces:

Certain parts of Soweto boast some eye-catching urban art. Here are some of the best and most beautiful walls in Soweto.

Other Graffiti Murals in Johannesburg

You can also find some stunning murals scattered around the rest of Johannesburg. Below are just a few of our favourites. 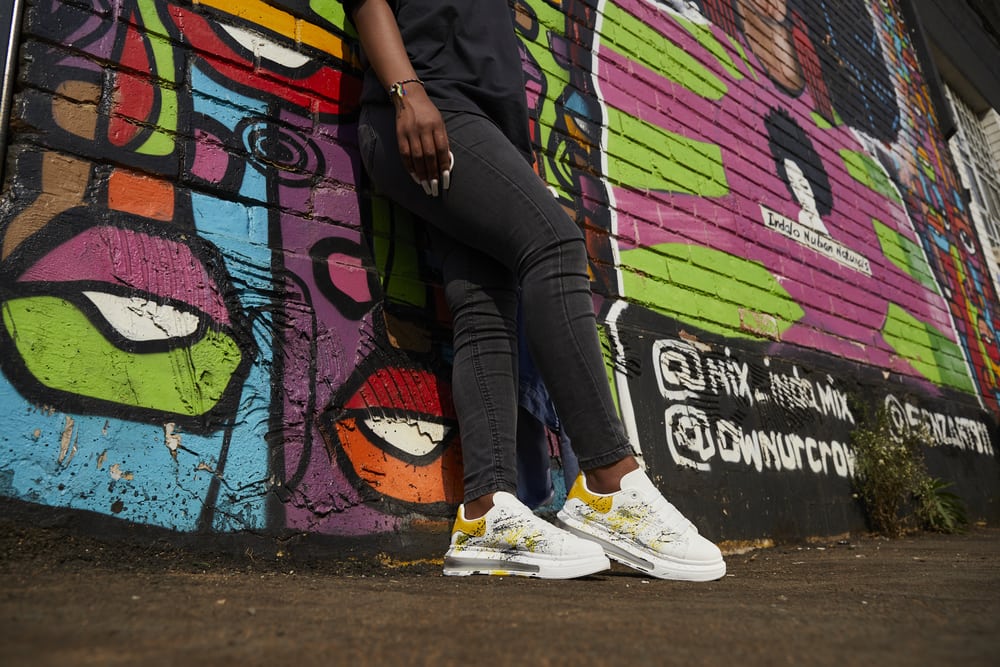 When our designers are looking for inspiration, they head to the streets. Thereâ€™s nothing our UrbanArt team loves more than finding new art in unexpected places. And, of course, these wouldnâ€™t exist without the incredibly talented graffiti artists. 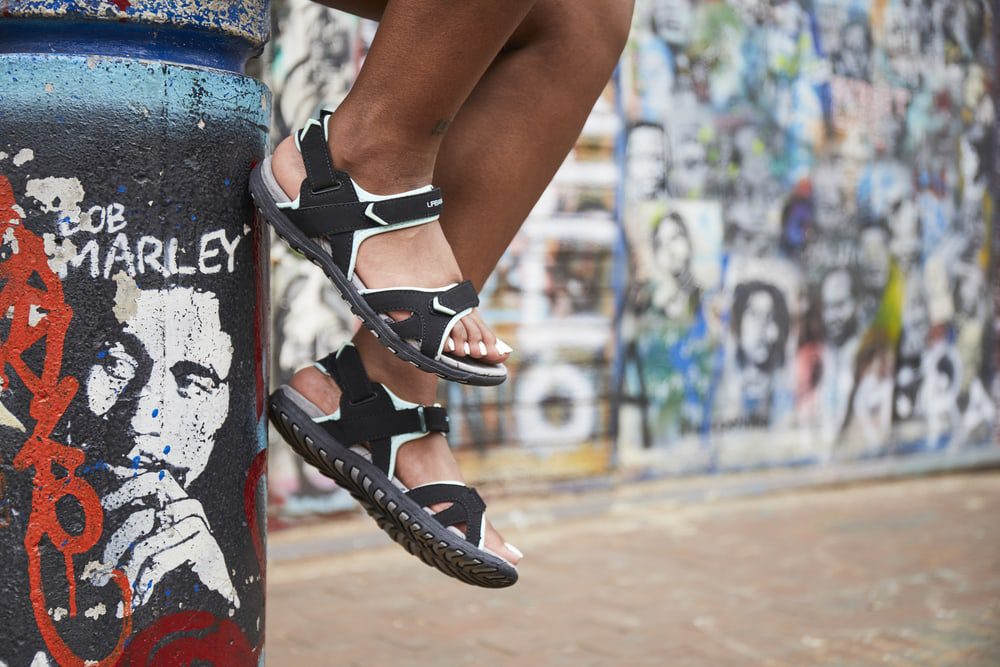 Here are a few of our favourite graffiti artists in Johannesburg.

Most Joburgers will have seen the work of bold South African Graffiti crew, Tapz. The iconic lettering is impossible to miss, and theyâ€™ve made their mark in all of South Africaâ€™s major cities. Youâ€™ll even find their signature in some international countries. Their South African street art is a must see.

If youâ€™re looking for urban artists in Joburg, youâ€™ll have to check out Bias. He is mainly known for his graffiti lettering and large scale murals. They can mostly be found in the cityâ€™s underground, like concrete canals and underpasses.

You can even go on a tour with Bias to see the local graffiti and learn more about the incredible style of artwork.

That damn vandal has decorated some beautiful walls in Joburg, Cape Town and Durban, and heâ€™s available for hire. He creates a lot of commercial mural art, adding some much-needed colour to cities. But he wasnâ€™t always creating murals in the light of day.

Heâ€™s extremely talented and has made a significant impact in decriminalising graffiti and promoting graffiti as art. You can have a look at his work on his Behance page.

The City of Gold is decorated with plenty of colourful graffiti. Mars has also taken his art to other areas in South Africa as well. Heâ€™s worked in both the commercial and â€˜vandalâ€™ realm. Heâ€™s even been dubbed the King of South African graffiti. You won’t have to travel far to find his work since Mars has street art in Johannesburg.

His distinctive style is hard to miss. This urban artist proves that graffiti is art. You can check out what heâ€™s up to by following on Instagram.

With some of the most colourful urban art out there, checking out South African graffiti artist Skubalisto is a must. He combines sharp lines and bold colours to breathe new life into dull places around the walls of South Africa’s cities. His artwork tells stories youâ€™ll never forget.

You can find his work on the streets or inside South African galleries. For an inside look into his world, follow him on Instagram. 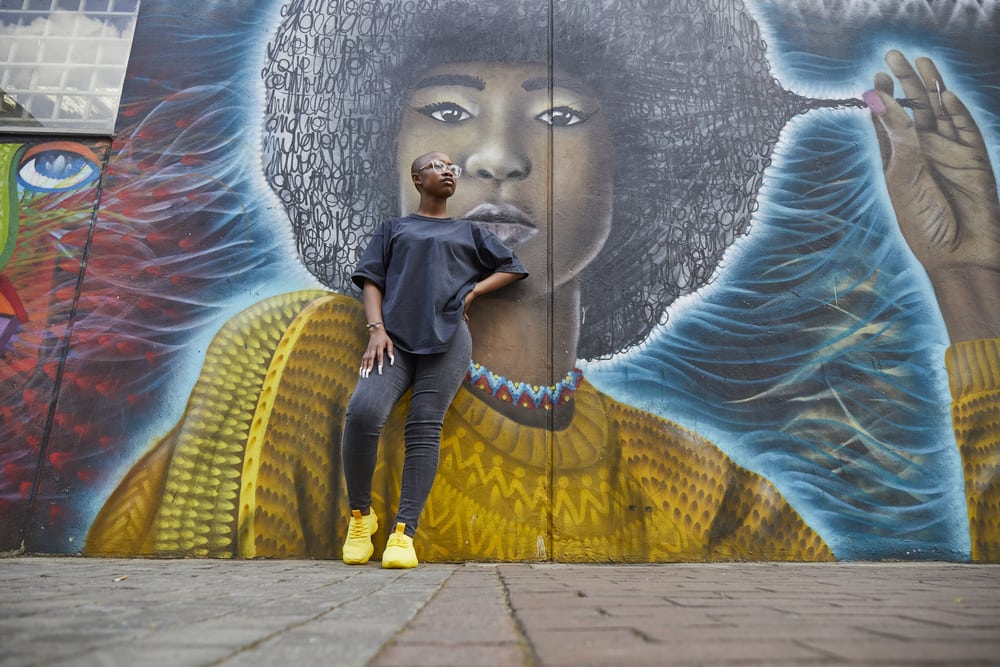 Showing off with elephants all around the country, Falkoâ€™s work is unmistakable. While initially, he used his art as a form of protest, now he does commercial work and some fashion bombing. His elephants can mainly be seen around Cape Town, but you can find some of his elephants in Jozi.

Famous not only in South Africa but also internationally, Sonny Behan has made his mark on the graffiti world. Most well known for his large and intricate wildlife murals. You wonâ€™t want to miss seeing one in person. His murals combine realism with abstract art. He also uses his work to raise awareness about the environment and societal issues.

Long time graffiti artist, Rasty Knayles is an urban artist turned tattooist. His spray cans have added some stunning colour to South Africa. But he no longer leaves his mark on just walls. His tattoo style is often inspired by his days as a graffiti artist, allowing you to get your very own Rasty Knayles artwork. He still dabbles in graffiti and does some corporate art as well.

Even though Dekor One was traditionally trained in art, his favourite medium is spray paint. He has brought life to loads on walls throughout South Africa. He has a talent for painting pretty much anything with a spray can.

Graffiti hasnâ€™t always been considered art. Tagging walls was once deemed a public nuisance and vandals were condemned rather than celebrated. Nowadays urban art is about beautification and expression. The street art in Johannesburg is no different.

Graffiti artists spray with intention and create work that triggers an emotional response. While there are still vandals out there who tag public property, many graffiti artists have made it their mission to cover them up. 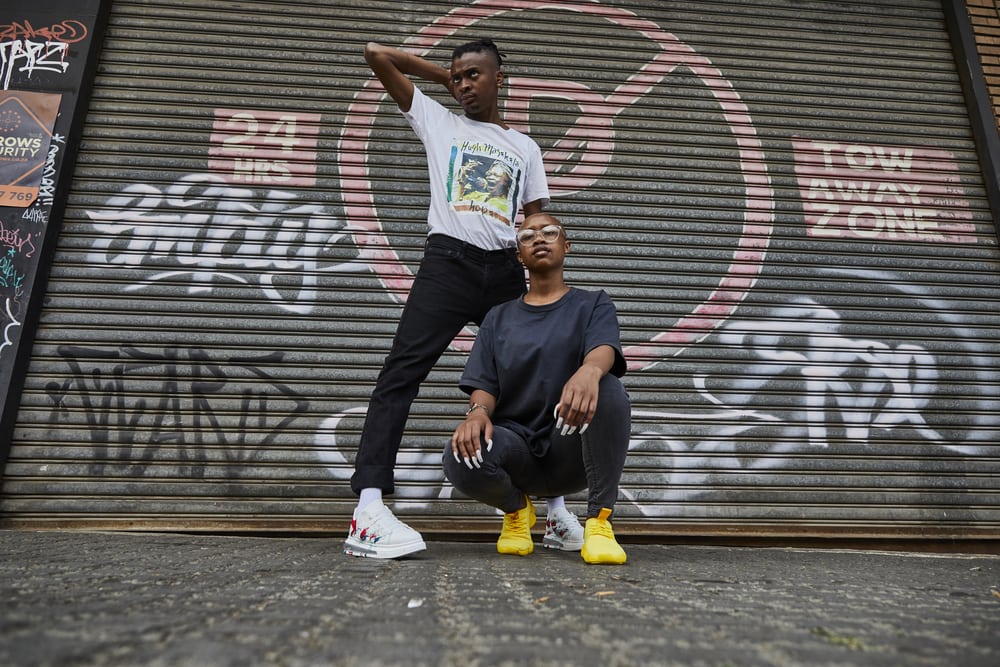 Itâ€™s no secret that South Africa is home to some incredibly talented people, so it makes sense that there are some phenomenal South African graffiti artists as well. Whether youâ€™re in Cape Town, Durban or Johannesburg, taking a graffiti tour is a must.

And of course, when taking a walking tour, the right pair of shoes is essential. Express your creativity with a pair of Urban Art HYPE shoes or stand out with a pair of our colour changing shoes.

What are your thoughts on street art in Johannesburg? Let us know in the comments. 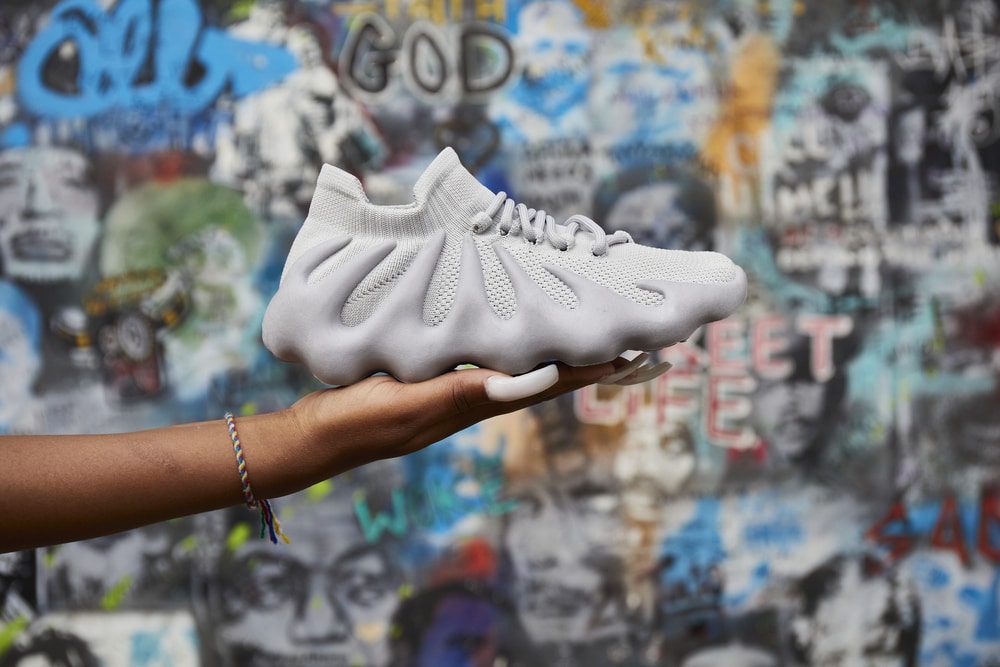